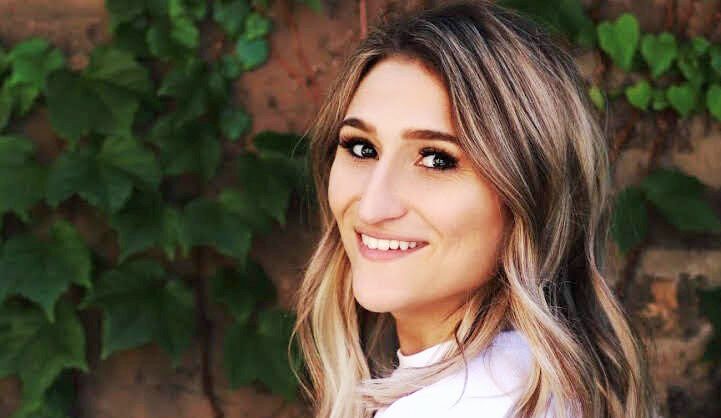 Welcome to another edition of Meet the Team! Catie joined Aria Group in August 2018 and has been a force to reckon with as she dabbles in various project types and clients.  From Protein Bar, to Palmer House, and now working on a new casino project – Catie really has stretched her wings in her short tenure here.  Outside of daily work, she also won an internal competition designing the entry feature wall at the our office and participated in the winning Stitch design team last year.  Grabbed your attention?  Read more about Catie below!

What did you want to be when you grew up and why? I remember wanting to be a veterinarian for a while because I loved animals – I’m especially obsessed with cats. Then in high school I realized that math and sciences are really not my strong suit, but I had always loved the arts and been good at them. Since my junior year, I planned on pursuing interior design.

Do you have any pets?  I have my beloved kitten Penny who is a domestic tortoiseshell shorthair cat – she is dark brown with a beautiful marbled coat of cream, black, and copper flecks (hence ‘Penny’). She’ll be a year old on May 31st. Something about her is a bit off – she walks a little wobbly, can’t jump or land on her paws very well, and tends to fall right over if you accidentally knock her. But I think this just adds to her charm.

Do you have any tattoos? If so, of what?  Ah, I was hoping you’d ask. If you’ve seen me in short sleeves lately you’ll know I have quite a few. It’s important to know that not all of my tattoos have a meaning behind them. I get tattoos for the artistic aspect – to be my own walking art display. However, I do have some that are more than just a picture. One I have is a counterpart with my best friend whom I grew up next door to – we each got the outlines of our houses on our arm. I have a portrait of my childhood cat Jack on my thigh, and a penny as a symbol for my more recently adopted kitten Penny. And I’ll share as a warning to all – I have a queen’s crown which was a matching tattoo with, yes, an ex-boyfriend. After we split I tattooed a snake slithering right through it!

What’s a talent that you wish you had, but don’t?  I really wish I was able to sing at least somewhat decently. I am absolutely awful. I can’t even hum a tune well. Music and rhythm is not my strong suit. I dance very off-beat as well (but it doesn’t stop me from still dancing).

Who is your favorite musician/musical group? Without a doubt, Death Cab for Cutie. While I am often poked fun at in the office for being a Jonas Brothers fan girl, I would forgo them for DCFC. I have seen them live 6 or 7 times. The last live show I attended right before Covid was Ben Gibbard solo at Thalia Hall. I went with my two best friends I’ve known since age 5 – we stood in the second row and it was absolutely amazing. 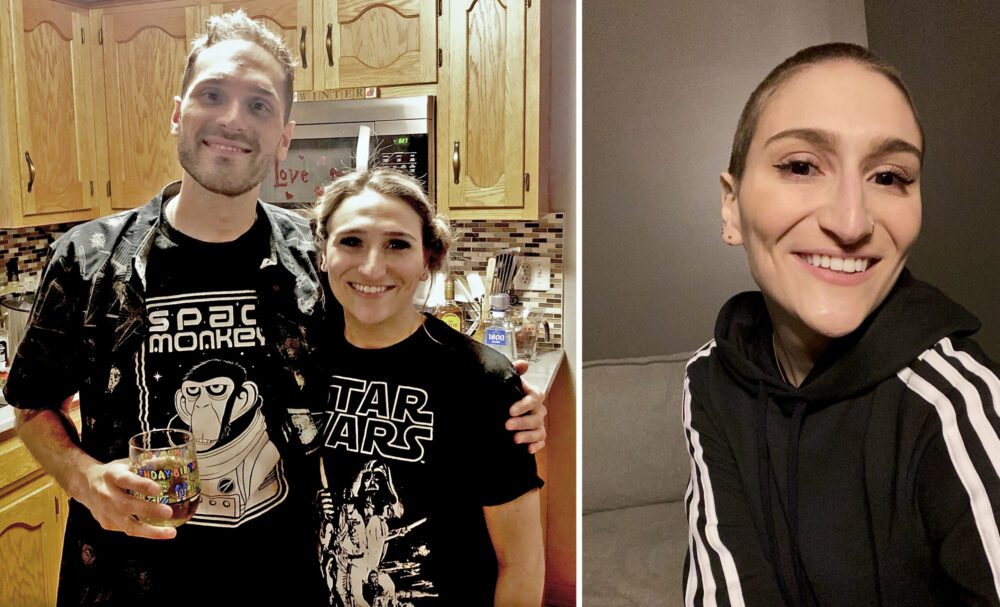 Catie and her older brother not only look alike, they also both love science fiction and gaming!

How many siblings do you have and are they anything like you?  I have an older brother, Joe (I call him Joey), by 5 years. To my dismay, I am told I look a lot like him (especially when I don’t wear makeup). It’s a little worse now considering I have a “boy” haircut. I think we are alike in some of our interests and mannerisms.  We both have creative brains (he is in the music and sound industry), but I like to think that I’m less stubborn!

What is something most people don’t know about you?  It comes as a surprise to a lot of people that I’ve got a video game and sci-fi lover side to me.  My older brother is a huge sci-fi and video game fanatic, so I grew up playing Game Boy, N64, GameCube – every Mario series game, to Kirby, to James Bond Goldeneye. Last year I bought a Nintendo Switch (it’s pink) and I nerd out on games like Animal Crossing and Super Mario Sunshine. I also love movies like Star Wars and Back to the Future – I’m always down for a good science fiction or time travel story.

Who is your dream dinner guest (past, present, or future) and why?  It sounds cliché, but I genuinely would choose my maternal grandmother, affectionately called Nana – and Papa if I can get them as a package deal. I was pretty young when they passed, 13 and 7 respectively. While I do have so many fond memories of them both even being as young as I was, I always wish I could sit down and talk with them as an adult. As a child you don’t have the capacity to understand your grandparents lived a whole life before you knew them. I’d love to ask them so much that I never was mature enough to ask.

For this edition of Meet the Team, we would like to introduce Daliah Zarour!  Daliah has been with Aria for a year and we are lucky to have such a talented and experienced hospitality designer on our team. Daliah got right into the mix and has helped out with some really fun projects such as […]